MASTER
Home
About
Get There
Tickets

ABOUT ABOUT
Fly Like Us & Nabisk0e Productions are proud to present Home Grown, a three day, bass heavy camping party at the Hidden Lake Campground in Madisonville,TN during Labor Day weekend, Sept. 2-4. We will have two stages of sound filled with all local and regional talent, state of the art lights and visuals, massive bass and sound, a fireworks display the final night, and tons of on-site amenities to ensure you have a good time.

TICKETS:
Get your $30 presale tickets.

The campground is centered around Hidden Lake, a beautiful body of water nestled in the hills of East Tennessee, complete with row boats, canoes, kayaks, paddle boats, and swim docks. The lake is also stocked with largemouth bass, crappie, catfish, sunfish, red eye, and more. Hidden lake is a spring fed, mountain lake like no other.

On site there is a convenience store with all the necessities including beer, ice, snacks, toiletries, and tobacco products. Connected to the store is a bath house with bathrooms and hot showers.

There will be food vendors set up so if you don't feel like packing food, we've got you covered. If you want to set up and vend, feel free to contact us for more information.


Aka Wick-it the Instigator is a DJ/Producer from Nashville, TN, and has been performing and producing since around 2004. His roots are in hip hop/turntablism, but in the last couple years, electronic music has vastly made it's way into his repertoire as well. Wick-it is all about the party, and despite the style or approach with each individual track, serious crowd rocking fun is the goal.

d-Queue's musical background consists of
classical/jazz training and in the last several years he has carved out his
own unique style in the field of electronic music production. Focusing
mainly on Dubstep & Drumstep, while experimenting with a broad range of
genres, moods and sounds. Recently featured in Knowledge Magazine (UK) as
one of the "10 drumstep artists to watch in 2011", the latest d-Queue
productions have been gettin' attention from the likes of Bassnectar,
Culprate, Dayn, Diesel, Mister Six, Banana Bomber (Grumblex), Depone, and
more. With well over a hundred thousand plays online and a healthy rope of
EPs under his belt, he's recently unleashed his debut full-length, d-Queue -
EATT

Cost is $30 in adv or $40 at the gate for three days of camping, music, and fun. *Note- due to the large increase in attendance, we are trying to coordinate some of the smaller campsites in the woods to fit as many happy campers into each one as possible. Any campsites that are not reserved will be first come, first served. There will be a large field hosting most of the camping, but feel free to set up anywhere around the lake or down one of the numerous nature trails. This is an 18+ Event.

RAIN OR SHINE EVENT - NO REFUNDS!

NO GLASS BOTTLES, 21+ TO DRINK, NO WEAPONS, SECURITY WILL BE ON STAFF.

GoGo Entertainment provided by Fly Like Us & The Trendsetters 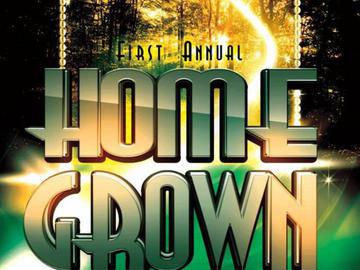 No Glass Bottles, no weapons, 18+ only

other events by this organization